Ok, this is weird. Taking a break from writing this tribute, I was going through my Facebook timeline to thank friends for their birthday wishes, when I came upon a post from Dingwall Fleary, reading “happy belated birthday!” I’m sure his friends and family would say this sort of reaching out is typical of him, even in death.

I only met Dingwall Fleary once, on composer Florence Price’s birthday, when I emceed the McLean Symphony Orchestra’s 50th anniversary concert last April. The concert featured Price’s 3rd Symphony, Edward MacDowell’s second piano concerto with guest soloist Carlos Ibay, the premiere of Creatures of Darkness and Light by Virginia-based composer Nikita Wells, plus an original work by a young competition winner. It was a good example of Maestro Fleary’s eclectic programming and encouragement of new music and young talent. After the concert, we became Facebook friends, and he would occasionally write to me when he heard a favorite piece on WETA (or with random birthday wishes).

So it was with sorrow that I heard the news that Dingwall Fleary had died suddenly on New Year’s Eve at the age of 82.

I attended his “Celebration of Life” memorial at the McLean High School auditorium, a venue large enough to hold his many friends. Musicians from his ensembles, the Reston Community Orchestra, the McLean Symphony Orchestra, and the Emmanuel Lutheran Church performed, as did his grandson and the multi-talented pianist-singer, Carlos Ibay with his violinist wife. 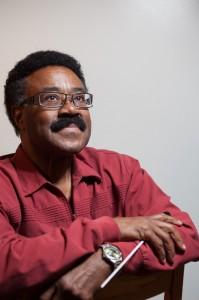 Testimony from friends and colleagues painted vivid pictures...the cat that accompanied him on his runs, the childhood friend who told us he dipped Tina Turner’s pigtails in the inkwell in school. We heard that the 5 foot-something Dingwall roomed with the 7’1” Wilt Chamberlain in college. His son told us his dad made his first McLean Symphony podium because he had to supplement his income with carpentry and construction. There were many official appreciations from both parties. Beyond the tributes, the same message resonated: Dingwall was not only an exceptional conductor, organist, pianist, teacher, and history-maker, but a beloved friend and family man.

Dingwall C. Fleary, Jr. Was born in St. Louis, Missouri, June 2, 1940, the son of a minister. His musical gifts were discovered and nurtured early. He attended the historic Sumner High School in St. Louis whose alumni include Chuck Berry, Tina Turner, Bobby McFerrin, and Grace Bumbry.

After university, Dingwall taught at Vassar college in Upstate New York, then moved to the DC area in 1968. Two years later he ranked in the top 10 in the prestigious Dimitri Mitropoulos Conductor’s competition. This success brought him national and international conducting assignments, and he was chosen to organize an amateur, grass-roots orchestra in the McLean Community. This small chamber group soon grew to become the McLean Symphony Orchestra, still going strong 50 years later. 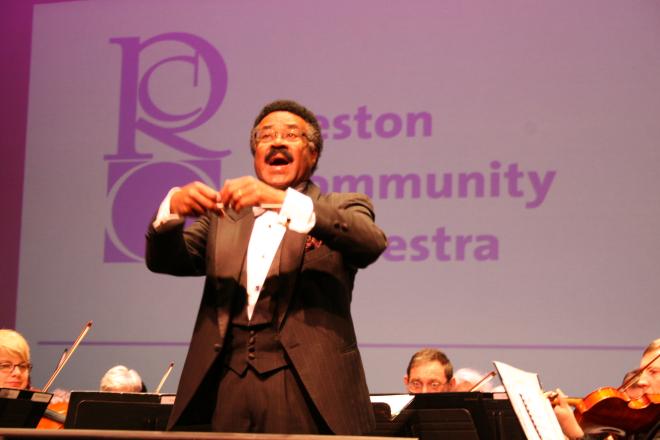 In 1997, Fleary became the Music Director of the Reston Community Orchestra, and the following year began his tenure at Emmanuel Lutheran Church in Bethesda. Throughout his career he was honored by countless local, state, and national awards.

Dingwall Fleary was a remarkable man whose talents and larger-than-life personality touched and enriched the lives of family, friends, musicians, and the greater community for more than 50 years. Thank you, Maestro.