Elizabeth Pfohl and Edmund Campbell married in 1936 and were two individuals that embraced life to its fullest and were committed to serving the public good. A mutual dedication throughout their 59-year marriage was in working for what is right, no matter the odds, and many in our community have been personally and professionally inspired by the Campbells. Their great joy was sharing the gifts of education and the arts with this community. We are privileged to have had our lives touched by them. 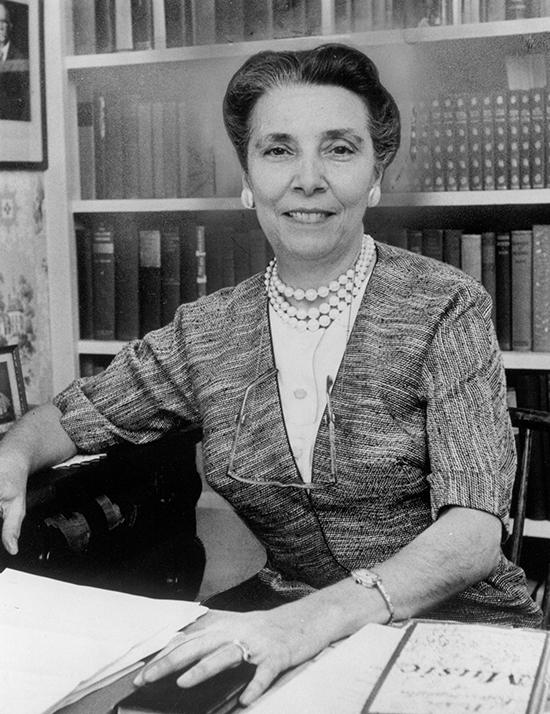 Elizabeth Campbell considered television a medium for education and for the building of a community of mutually concerned citizens. In the mid-1950s, she was recruited by Washington publisher Willard Kiplinger to head the Greater Washington Educational Television Association (GWETA), out of which grew WETA. With Mrs. Campbell as its elected president, WETA took on a major role in the Metropolitan Washington community and in national public broadcasting.

An educator for much of her lifetime, Mrs. Campbell taught literature at Salem Academy, served as the dean of the Moravian College in Bethlehem, Pennsylvania, and dean as well, in 1929, at the Mary Baldwin College in Staunton, Virginia, where she met Edmund Campbell. The two married in 1936, and moved to Arlington. In 1947, she ran for Arlington’s new school board, and became the first woman elected to a school board in the history of Virginia.

Mrs. Campbell was born on December 4, 1902, in Clemmons, North Carolina, the daughter of John Kenneth Pfohl, a minister of the Moravian Church. She graduated from Salem Academy and Salem College, and received her master’s degree in Education from Columbia’s Teacher’s College in New York. She died in January 2004, five weeks after celebrating her 101st birthday.

A lifetime of service

As a young woman, Elizabeth Campbell was given the gift of education in an era when many were denied the opportunity. She put it to good use, later serving as dean of two institutions of higher learning, including Virginia's Mary Baldwin College.

She married, raised children and could have simply enjoyed the life and quiet prosperity of a lady of society in Arlington, Virginia, with her husband Ed, a successful lawyer. But this idealistic woman who prized education and recognized the opportunities it could provide would not rest while so many Americans were denied the same.

Despite the personal costs, Elizabeth supported her husband's successful legal campaign to end segregation in Virginia schools. She chose to work for change by earning a seat on the Arlington School Board — the first woman ever elected to a school board in Virginia. When she had made her contribution and the campaign was won, she and a group of fellow visionaries banded together to pursue a new goal: educational television for Greater Washington.

Elizabeth Campbell helped to found WETA all those years ago convinced that it could be a democratizing force for education and an alternative voice in television's "Great Wasteland" of trite commercialism. She was right.

Educator, mother, idealist, possessed of the audacity to attempt great things, Elizabeth Campbell dared to create change in our community and succeeded. 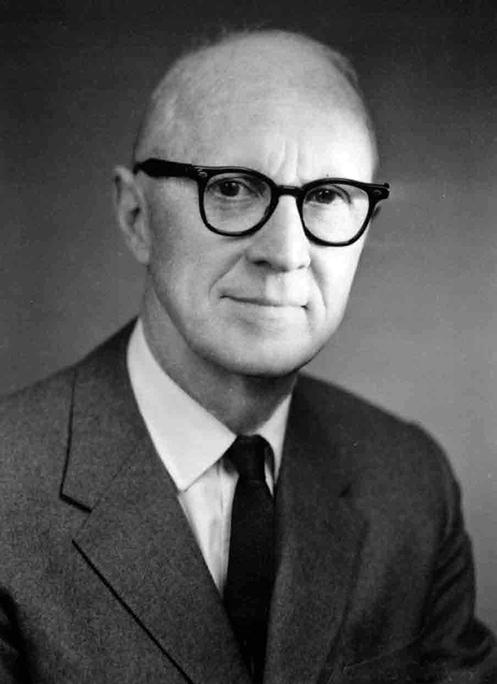 Edmund Campbell was a pioneer civic leader and force for positive local government in Northern Virginia. He was also a fearless champion of civil rights, playing a pivotal role in battling school segregation and in arguing the landmark 1962 Supreme Court case that ordered reapportionment of state legislatures on the basis of population.

His legal career spanned many victories for social justice. In 1955, Mr. Campbell won a case that overturned a Virginia law prohibiting racially integrated seating in public places. In 1958, he served as the lead attorney in James v. Almond, challenging the Commonwealth of Virginia's "Massive Resistance" laws that had forced the closing of all public schools which Federal courts had required to integrate racially. As a result of that decision, on February 2, 1959, the first black children entered previously all-white schools in Virginia — in Arlington and Norfolk.

Mr. Campbell was born on March 12, 1899 in Lexington, Virginia, on the campus of Washington & Lee University. By the age of 23, he had earned a bachelor’s degree and a law degree from Washington & Lee and Harvard’s master’s in economics. He died in December 1995 at the age of 96.

Historic markers dedicated to the Campbells

In May 2009, Arlington County dedicated historic markers to honor Edmund and Elizabeth Campbell as great citizens who devoted their lives to education and justice.